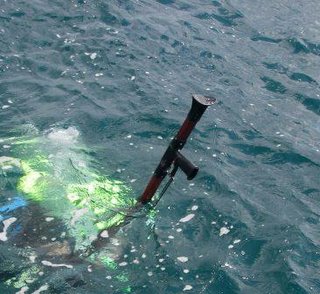 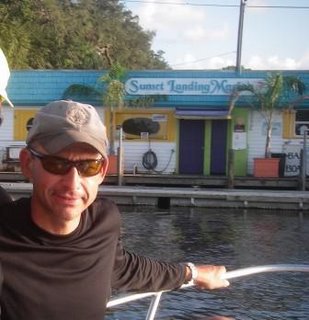 We were spearfishing. It was a great day. Viz was about 35ft. Water temp in the 80's. Even at that distance from shore the waves were less than 2 ft. I did some freediving, then 3 scuba dives. Best was the first few free dives looking for the wreck going straight down into a school of large barracuda and seeing the wreck materialize at 65ft.

We got one grouper, which we enjoyed baked in a tomato pesto sauce for dinner.

Truth: Not knowing when you are going to die makes planning difficult.
Posted by Tim Gamble at 12:01 PM No comments: 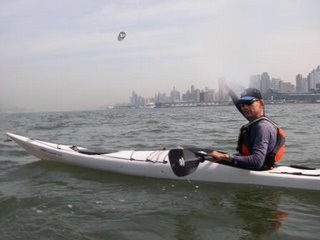 Released this bottle in the Hudson River off of Chelsea around 11:00. I was taking some French photojournalists around so they could take pictures of the city. We went up the Manhattan shore, then crossed to Hoboken.

I tried to take them to interesting places, but I think it annoyed the photographer when I suggested shots. I did get him to go under the Chelsea Pier to get a dark to light shot that might be kind of cool.

Truth: Sacrasm can be funny but also hurtful.
Posted by Tim Gamble at 4:12 PM No comments: 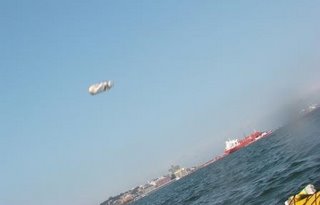 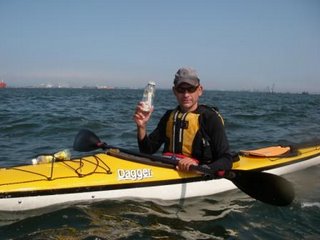 Released this message on my way to do a swim support for the CIBBOWS group. A large group of 16 paddled down from Manhattan to help with a swim race across the Narrows.

I released the bottle just before 11:00 right in the middle of the channel on a pretty good ebb tide.

It was yet another really beautiful day perfect for a paddle down from the city. We left 56th St at 08:15, but had to make a few stops to pick-up other kayakers.

The race was a lot of fun, and we were treated to cookout afterward. We started back around 15:30 and reached 56th St around 18:30.

Truth: The Snooze alarm is a dangerous thing.
Posted by Tim Gamble at 3:49 PM 2 comments: 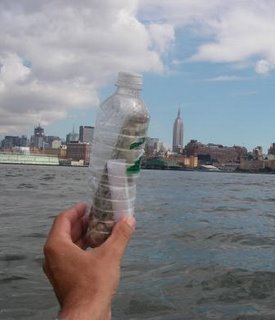 That is the Empire State Building in the background.

I was doing a class for the New York Kayak Company.

Truth: Too much rain can be depressing.
Posted by Tim Gamble at 3:38 PM No comments: 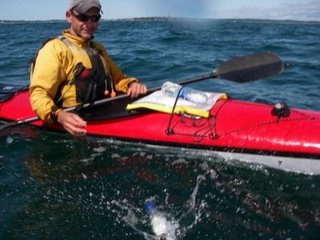 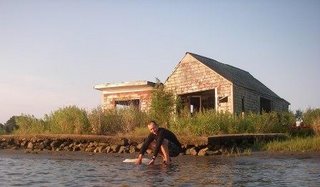 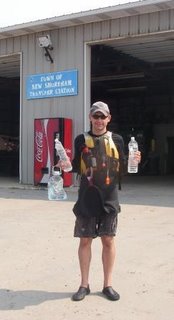 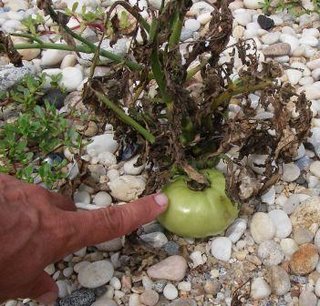 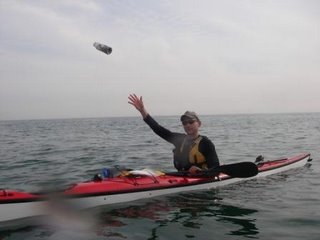 We did a multi-day trip from Orient Point on the North Fork of Long Island to Mass. We were trying to get to Cape Cod or Martha's Vineyard, but we had to stop early because of heavy winds on the morning of the 4th day.

The First Day 9/8 was perfect weather wise. There was almost no wind, and we left right on time at 12:00 to catch the entire ebb of the current out of the Sound.

We island hopped up to Little Gull Island via Plumb Island and Great Gull Island. We stopped at Little Gull for a quick lunch. There was a whole bunch of really cool flotsam on the Island, but I had so much camping equipment I could only take an air horn and large boat compass. I had to leave 4 life jackets, and a cooler full of stainless steel nuts and bolts.

Little Gull island is a tiny windswept island with no trees, and very little vegetation, but I did find a tomato plant growing there, which was very strange. It is such a harsh place, but the fruit was in pretty good shape. It should be ready to eat in another week or so.

Current was already running at well over a knot when we left Little Gull, and it was a strange feeling when after about 1/2 an hour of paddling we knew that it would be difficult or almost impossible to go back because we were moving away so fast. It's 24 Nautical miles from Little Gull to Block Island, so we were definitely committed!

The paddle over was long, but uneventful. We could almost always see a glimmer of land. Fishers Island and Race Rock to the left, and later Montauk to the right. I released the first bottle near the middle of the trip in a fast moving current. When we stopped to rest the GPS showed we were still moving at 2 knots.

We spent some time cruising the shore of Block Island looking for a deserted spot to camp, and finally found one just as it was getting dark. There was a really nice sunset. The moon was almost completely full, and in the clear night it was really beautiful, even though it made it a little difficult to sleep because it was so bright.

Day 2. We paddled up the coast. I had remembered the town and ferry terminal being on the coast, but I was wrong it must have been inside the large harbor. We stopped for lunch and got some water from the town dump. Originally we filled the water bottles in the restroom, but when we checked with the workers they ordered us to use their bottled water and not drink the water out of the sink. Good thing we asked...

There was a nice wind going pretty much exactly on the heading we wanted to take to Pt. Judith. I accidently deployed the 2nd bottle in the surf off the Northern tip of Block Island. It was under the bungees, when I looked down for it after a few miles it was gone, but we went through a big surf break just near the last bit of land. Truth: "Give the Moon a Chance"

Most of the trip was a series of surf rides. The wind was perfect just the way we wanted to go, so we made good progress and rode most of the way.

We stopped at a public beach, had an ice cream, and cold shower. We paddled down the coast to Naraganset, and I remembered the Naraganset river where I had been a few years ago for a class. I thought this would be a good place to camp. Unfortunately it was very swampy, but we did find a little abandonned shack that was on semi dry land where were able to camp.

Day 3. The wind picked-up and the great weather was over. We paddled up the coast of RI in steadily increasing wind chop. We passed Newport and had lunch along the coast. We got water from a rich person who had a kayak in the yard, but wasn't too friendly. We hopped up from land point to land point.

I had replaced the back band in my boat before the trip, and it wasn't working well. I bruised my lower back, and it became increasingly painful to paddle, especially in the conditions where I really needed to brace.

After lunch we were paddling almost directly into a NE wind that picked up to 15 knots or so. This was exhausting. We released a bottle off of Newport, It disapeared almost imediately into the waves. Truth: "There is a difference between filth and dirt"

We stopped just after crossing the border to Mass. at a State beach Horseshoe beach. It was a lightly used beach and we found a nice secluded hollow in the dunes. It was nicely sheltered, and were able to have a fire at night.

Day 4. The weather forecast for the next few days was not good, and we decided to try to get to New Bedford where we could rent a car. The forecase was for 20 knot winds, and they were at least that strong. We paddled up to the next point in the heavy wind, and we knew the conditions would be pretty challenging, when we rounded the point, and they were. Fairly heavy seas and we made almost no progress. After about an hour of progress we had only gone about 1 Nautical mile, and we decided to go back to Westport.

I was able to reach a friend by phone who was driving back from the Cape and he picked us up and took us to the ferry at New London for the ride home.

Posted by Tim Gamble at 8:59 PM No comments: