We paddled up from Valentino Pier to North Brother Island at the entrance to the Long Island Sound.
It was my first time out since Hurricane Sandy, and the water seemed a bit muddy, but otherwise things were mostly back to normal. We rode up on the very end of the flood current enjoying the sunshine and free ride of the current. A bit of barge traffic, but otherwise it was pretty quiet.
We checked out the new FDR memorial, a careful check of the rules online does not say no boat landing, but there were a lot of guards standing around…

If it was possible to land anywhere there it might be a good stopping point.
I tried fishing, but the only thing I caught was a snag under railroad bridge next to the Triboro. I snagged another fishing line that must have been laying on the bottom.
We had a quick cold lunch on NBI. There WAS a lot of hurricane damage there, many down trees, but whoever looks after it had already been out there with chain saws and chopped them all up. This must be something to make them decompose faster, since they seem to do it in lots of parks around the city as well. 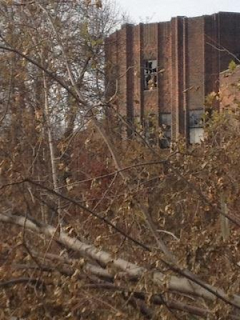 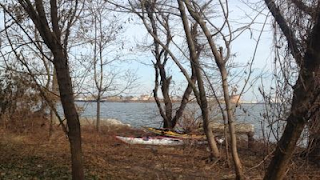 On the way back we saw a couple of yahoos in a motorboat that were stuck on the U Thant Island.

They were pinned bow on into the rocks and the strong ebb current was holding the boat there. The motors weren’t strong enough in reverse to pull them directly off. We tried to help, but they shooed us away. We noticed they finally got free about 20 minutes later by turning the boat sideways.

Message was released in the Gulf of Mexico off near the wreck of the Thompson ship off New Port Richey Florida.

We went out to go spearfishing and scuba diving. It was quite rough so we had a slow trip out and back, and it was difficult to get into and out of the water.

I got a bit sea sick and I barely felt good enough to scuba dive, and couldn’t really freedive at all. There was an amazing amount of bait fish all over the wreck, which actually made it difficult to see. I shot at a cobia, but the spear pulled out and he got away. There tons of AJs but all seemed under sized, likewise saw a few grouper, but none of them looked big enough either.

Kayaking from Red Hook out to South Beach on Staten Island. It was voyage number 2 for the Beluga and it worked really well. We were easily able to keep up with the other kayakers and if we pushed it could easily go faster than everyone.

It was a chilly day on the beach and certainly the last non-drysuit trip for the season. 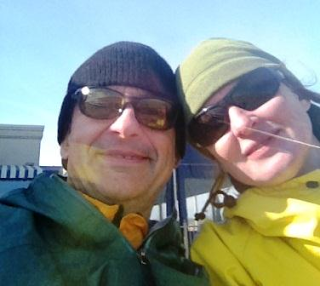 
Kayaking from Breezy Point. We wanted to go surfing, but the ways were small and irregular so we didn’t do very well. It was one of the last nice warm days for paddling, even at lunch when we were pretty comfortable.

Tried fishing but didn’t catch anything.

Truth: A Hard Hat does not make you a construction worker.
Posted by Tim Gamble at 12:02 PM No comments: