I haven't been this lazy, I actually did a bit of paddling in between posts, but didn't get around to releasing a message...

I went out to do a short trip after cutting out of work early. I was delayed a bit so it wasn't much of a trip, just a few hours. The most notable thing was getting to the water in 45 minutes from my house. Apparently everyone is on vacation and the streets were clear at 4:00PM. Its been a little while since I paddled alone and it was nice to set my own pace.

I practiced a few rolls and getting in and out of the boat. My boat is tippy and I'm not so good at the cowboy rescue any more. I have to practice the re-entry and roll since that is the only good rescue mechanism for really bad conditions. I did not attempt that since it was late and getting chilly.

I went over to deadhorse bay to see the trash piles and excavations. There is no good beach glass, but a lot of old bottles and things, many of which are whole. the shoreline is eroding, and its clear the area was a dump at some point. The time to go is probably after the next big storm. I did find a cool old bottle which I kept. 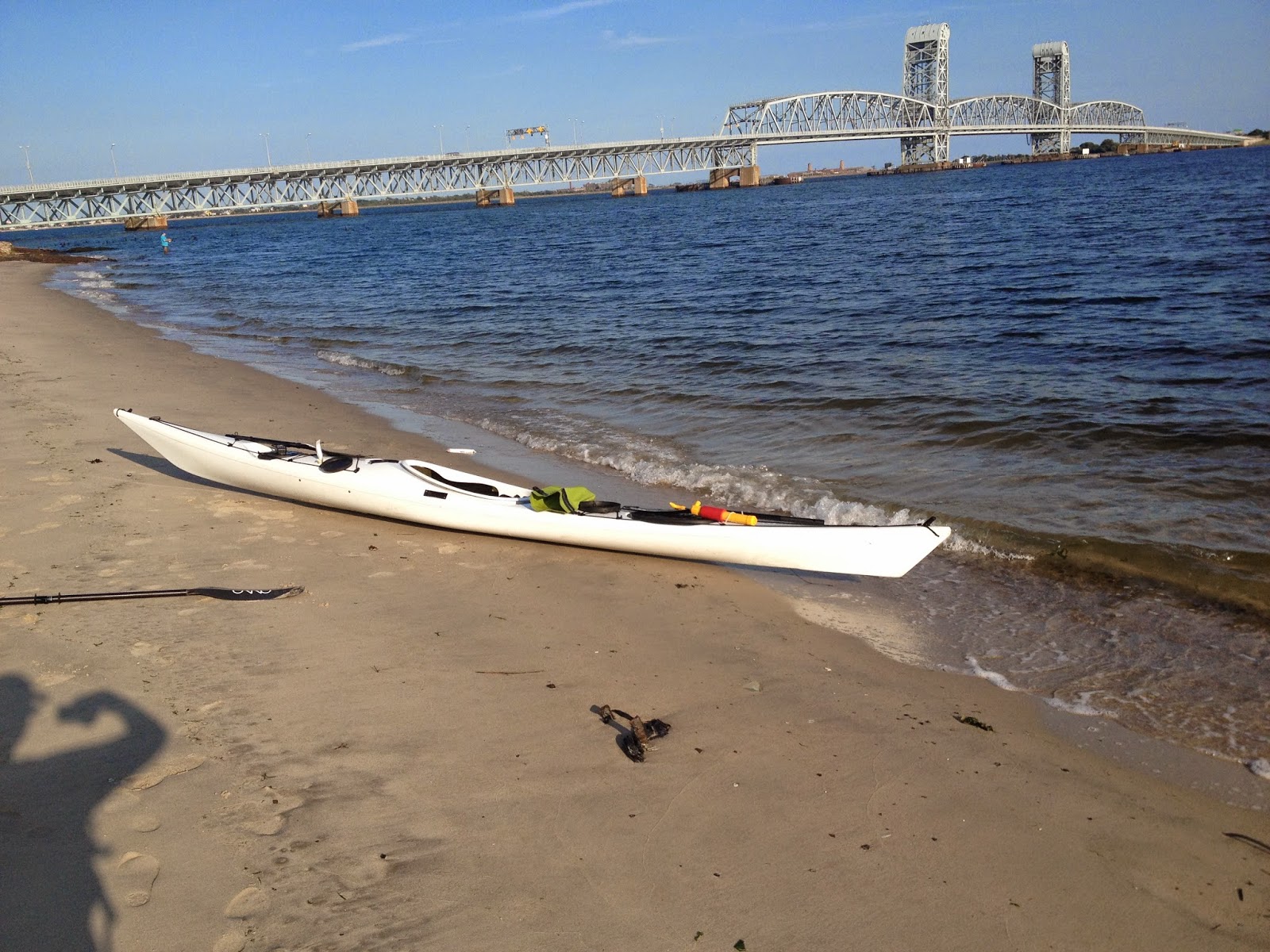 Truth: One generation's trash is another generation's antiques.
Posted by Tim Gamble at 10:24 PM No comments:

We went for what was supposed to be an uneventful paddle from Red Hook up to Pier 66 to have lunch and then home again.

It was fairly windy ~ 10kts and I  had borrowed a very large plastic boat from a friend with no skeg or working rudder. It was a real chore just getting up there in the swell, and the boat was so big and lunky I couldn't surf and really struggled to maintain control.

After a stop to disassemble the broken rudder we arrived at Pier 66 aka the barge for lunch. This place has become super popular so the only time you can go there is the afternoon.


It started to rain so we delayed our return trip, but eventually started out around 3 or 4. Unfortunately we heard and saw lightening by the time we got to pier 25 so we had to get out. We waited for hours but it never cleared-up and just got more and more intense with lightening and eventually we had to phone for a car pickup.

Truth: The trip home is different than the trip there.
Posted by Tim Gamble at 10:14 PM No comments: