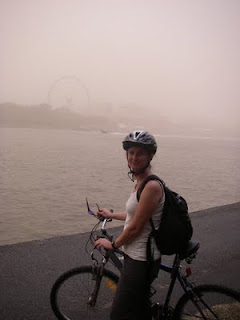 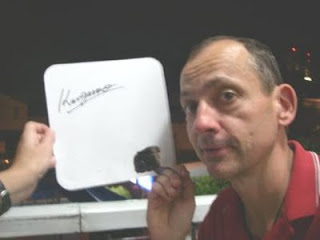 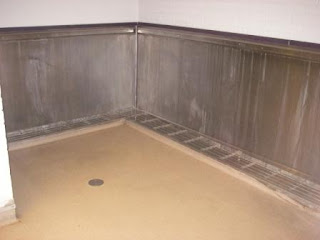 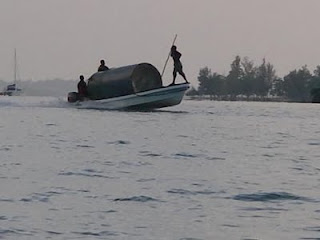 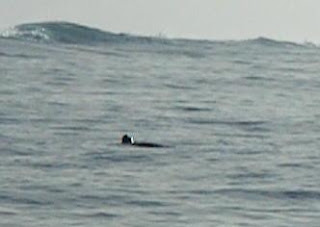 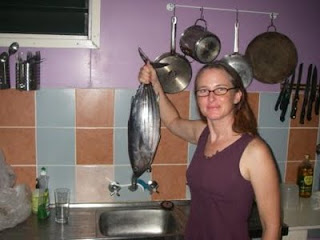 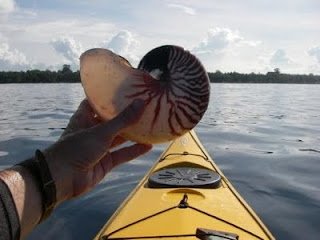 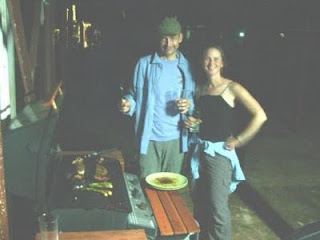 I released this message off of Kavieng in , PNG while kayaking.

I paddled out to try a bit of surfing at the break off of Nago. There were no board surfers here, but I was a bit nervous because the reef ends in a point off of the island, and at times the waves break in 2 directions 90 degrees apart.

I got one or 2 rides around the edges, and then caught one really big wave that rolled me a few times after I lost the control while side surfing. This actually got pretty intense because I kept getting pounded, and couldn’t paddle away.

I got into the area where the waves were at 90 degrees and was getting sucked right into the shallow water, which seemed to be solid limestone. After a bit I managed to paddle away from it all with a bruised pride, and a thoroughly cleansed nasal passage.

I then paddled around the front of Nusa Lik (little Nusa), and cut between Nusa and Nusa Lik to meet Kate at the resort for dinner, and to watch a slide show from Scuba Ventures. The cut between the 2 islands was also a bit intense. The surf isn’t big, but it is very shallow and rocky. I managed to slip through, but probably shouldn’t do this at anything other than high tide and low surf conditions. There were big rocks all over the place.

SV does a slide show, and produces a CD for every group of divers that come through documenting their trip. It was kind of cool, and we saw some good diving shots. This reminded me I haven’t really been diving since I have been here, and it really looks to be first class. I have to put this on my list of things to do.

Dinner was nice, but I didn’t feel like getting back into my boat and paddling with a full belly of booze and food. The paddle across the harbor was really beautiful in the dark. It was totally totally still and flat.

I haven’t been paddling very much, but finally got a full day in. I’m really out of shape because after 4 or 5 hours in the hot sun I felt really tired. I was sore for a couple of days after. At least it hurt in my lats, and not just my arms, so I must have remembered a little bit how to paddle.

It’s really hard to be out doing physical stuff in the hot sun here. It was a calm day, and really really hot.

I wanted to do a bit of surfing, but the break I went out near called “Pickaninny” (this is the Tok Pisin word for kid) was full of …. Kids surfing. I included a few pictures of them board surfing. This looks like a decent place for kayak surfing if I could stay out on the edge. I THINK the water is deep enough. The waves were big, but had a nice blue water beginning, especially out on the end. I know it must be all rock and coral closer in, so this will definitely be a helmet location.

I included a few pictures. These are pretty big waves at least 6ft high.

I found a nautilus shell floating out off the coast and saw a pod of dolphins. At one point one of the stood up on its tail; just like a trained animal at Sea World. It almost seemed as if it did it to get a look at me.

I saw lots of kids playing in the surf down the coast. This is definitely not a good place for kayak surfing since the tide was high and the waves just smashed into the shore. It was too deep on the reef to break.

I saw a big sea turtle near the point of the island. I caught a picture of it in a movie, and included a still. I think it was almost 3 ft across the shell, which is pretty big. Especially somewhere we people hunt them.

The next week we got some free Tuna from the tagging boat. The boat comes to town every once in while and some Tunas get hurt before they can be released. The one Kate is holding is a skip jack. We did a much better, but not good, job of filleting this one. Kate has some really cool videos of the locals doing it that we studied first. It is tricky because they have an extra set of lateral bones in them. We ate a ton of it raw, also cooked, and froze some. I really want to try and catch one in my kayak yet, but one like this would probably pull me around for quite a while.

Stinky took care of the scraps. It’s feast or famine for him. Sometimes plain rice, sometimes a few pounds of fresh tuna head and bones.

One week the Governor General of PNG came to town. They had a big festival for him, shutdown the city for a day, and did a bunch of speeches and processions. I made a video of the first procession. They had some traditional dancers escorting him. The dude in the white clothes is the GG (that’s what he told me to call him). It’s kind of cool, whenever they have a big event, they include a bit of “sing sing” traditional dancers. There was more dancing, but we got tired of the endless political speeches and left before it happened.

The GG was in town to honor a bishop, and I caught part of his speech. It sounded strangely familiar:

“Ask not what PNG and GOD can do for you, but rather what you can do for PNG and GOD” Hmmm I wonder how he thought that up, pretty good huh???

Kate and I went to near the middle of September to get our visa. We weren’t expecting to have it work out, but it did and she got her 3 year research visa, and I got my “dependent” visa. It can be very difficult to deal with the bureaucracy here, and were thrilled to get our visas on the first try.

was OK, but we are glad we don’t need to go back since we definitely saw it all, and can go where we want to on our next trip. We are thinking for Christmas…

I managed to drink a bottle of wine almost every day I was there, so I was pretty proud of that. As my grandfather told my father when he boasted of his drinking exploits in college “That’s a hell of a thing to be proud of”.

We also ate some hamburgers, steak, and I even managed to find a Kangaroo steak at a takeout place. I was proud of that too!!

We had a big shopping list of stuff we can’t find in PNG, so we wasted a bit of time doing errands and buying things.

We rented bikes to explore the city. They have a great series of bike paths along the river, but the riding on the road is difficult, there aren’t many bike paths, and the drivers go pretty fast. Combine this with their annoying habit of driving on the left hand side of the road, can make for some hair raising rides. At one point a car going 40 miles an hour came within inches of clipping Kate with his rear view mirror.

Eventually we shifted to riding on the sidewalks. This is legal in .

The first day we rented the bikes it got really really cloudy and dark at 10:00AM because they were having a dust storm. They said it was the worst one in 40 years. It shut the airport down, and shrouded the city in a red haze. The same storm hit the day before. I was probably the equivalent of smoking a pack of red cigarettes, and it really irritated my nose. I included a few pictures. The one of Kate on the waterfront is looking across the river to a giant Ferris wheel.

We managed to see a movie, and also a play in a really cool performance space made out of an old powerplant. I included a picture of the urinal at the powerplant. The Austrailians seem to love these giant urinals, where you just go against the wall. I think I would be a bit shy if it were full of beer bloated blokes, but it does look kind of cool. This was the finest example, you just climb up on the grate and do your business, be sure to keep one hand on the giant beer!!!

We spent a few days visiting a friend in . The bike paths are better here. We went to the beach one day which totally reminded my of Santa Cruz CA. Steep sandy cliffs and beautiful beaches. There were fewer (none) hippys, and only a couple of surfers, but the scenery looked a lot like it.

The bike paths were better here, but an Australian driver offered to shove a bike pump up my ass when we cut in front of him at the traffic light. The people here are pretty friendly, but they seem to turn into fiends in their car. We wrote it off as being the Australian way of saying “Good Day Mate”, when behind the wheel.