I released this message in between Tahiti and Moorea in French Polynesia.

We have been traveling around the islands of French Plynesia for a few weeks. We visited several of the islands by boat and did some diving, hiking, and general site seeing.

The coral is very nice here and we only saw a few spots where there was a lot die off and bleaching. All in all much healthier than anything I ever see in the Caribbean. 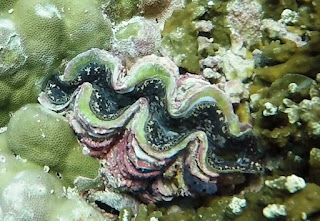 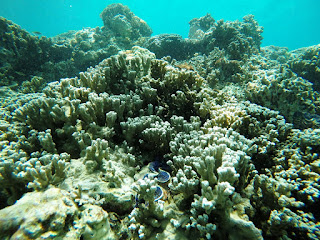 The fish are very used to divers, this lemon shark with a tag on it, is almost tame. As a goof I swam after it, but it ignored me.

The climate and geography are very similar to PNG, but everything is much more developed. Because there is a strong tourist industry and tons of support from the French Government everything "works". I saw this ship in the port of Papatee. It is laying fiber optic cable. The Internet was so good at our Air B-and-B that we could watch You Tube videos and use the Internet for work. 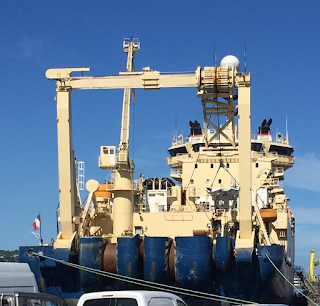 The islands seem to create their own weather patterns. The tops of the mountains are often in the clouds. 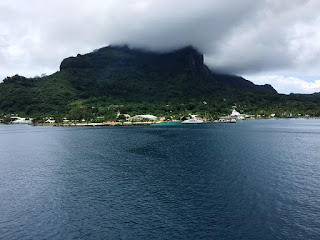 We are not far from the equator so we have been getting up early to enjoy the cool mornings and then trying to be outside doing things in the cool evenings. This is the best time of the day. During the afternoon its best to be inside or underwater. These sunrise pictures over the island of Bora Bora came out well. 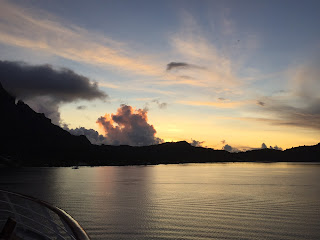 Truth: sometimes its best not to know.