The tides were perfect for an afternoon paddle, high in the harbor was around noon, we got on the water around 2:00PM so we had a nice ride out in the ebb.

There was a good amount of swell and we got some nice rides.

We started off with the smaller waves, and then I foolishly went way over to the East where some big dumping waves were breaking. These waves are actually pretty big, the picture doesn't do it justice...

I got one or two ok rides off of it, then got trashed twice in succession. I drank a  bit of water on the first one, even though the water was cold and violent it was still a lot better than worrying about the rocks and reef in PNG. After that I went back to the smaller waves....

The water temp was 68 degrees, and it was  overcast, so once I was wet it was a bit chilly. I only had a reed top and and a very light paddling jacket. 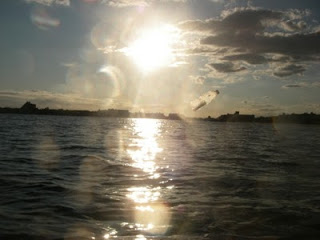 We stopped for lunch after about an hour to take a break and have some wine and lunch. Then we paddled back to the car.

There was an amazing view of the sun breaking through the clouds. The pictures  were ok, but it was really amazing live. 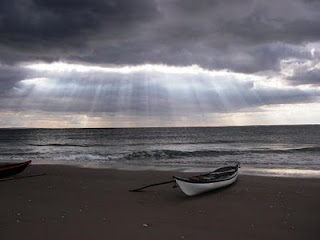 Truth:
It is disappointing when you expect something and then it isn't there.

I went for a paddle in the Hudson with an Outer Island from New York Kayak Company, I am in their club, so I can take any boat if its available.

I went North to meet-up with some friends from Pier 96, then we went up to Edgewater to have a picnic lunch. I was very lucky to snag a bottle of wine from the deli before we  left. They still flaunt the liquor laws when you get out on the fringes in NYC, and 12th Avenue is the fringes...

The river is still filthy from the Hurricane. It looks like chocolate milk, worse than it is even in the spring after the snow melts.

We had a nice relaxing lunch, and I wanted to just lie down for a snooze. These guys were cooking up some kind of crazy soup the whole time we were there. They were very old-school, just a blackened pot, a bunch of driftwood, and all kinds of meat and vegetables, but they did have a corkscrew, so that was really good for us. 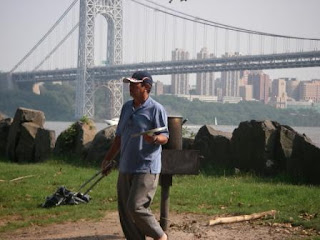 After lunch we went across the river then up the Harlem against the tide to catch some friends on a circumnavigation around Manhattan. We found them a few miles in, and had a nice ride with the current back downtown. 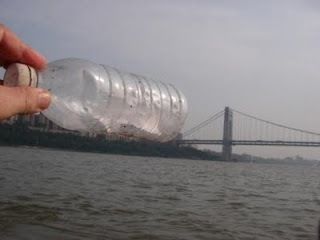 I was pretty pooped by the end of the day, and I gave my shoulder a  good work out. It continues to get better and better.

We saw a  nice sunset, but its clearly not the South Pacific any more... 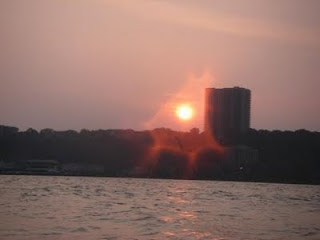 Posted by Tim Gamble at 8:46 PM No comments: